How does being overweight lead to cancer? 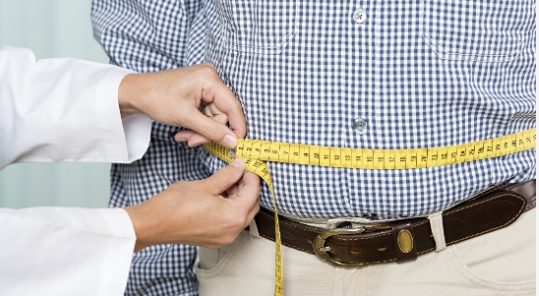 Research has shown that there is an increasingly clear link between obesity and the risk of cancer. This link appears to be related to the active role that body fat has in the body.

Fat in the body has two main functions. It acts as a store of energy. It also constantly spreads information and instructions to the rest of your body. The messages that it sends can affect things like cell growth, chemical and insulin reactions in cells, and the body’s reproductive cycles. This is due to its effects on growth hormones, inflammation and sex hormones.

When too much fat is carried around the belly, it can do even more damage. So-called ‘apple’ shapes are linked to bowel, kidney, oesophageal, pancreatic, and breast cancers.
It isn’t clear exactly why this is, but it could be to do with how quickly certain chemicals from fat can get into the blood and its proximity to these vital organs.

One in five children are overweight or obese before they begin primary school, and one in three children is overweight or obese by the time they leave.
Obese children are more likely to grow into obese adults, and obese adults are more at risk of cancer. It is possible overweight children may be at increased risk of cancer as adults, regardless of what they grow up to weigh, but the evidence isn’t clear.
By encouraging your children to lead a healthy lifestyle, you can help them keep healthy body weight as a child as well as later on in life.