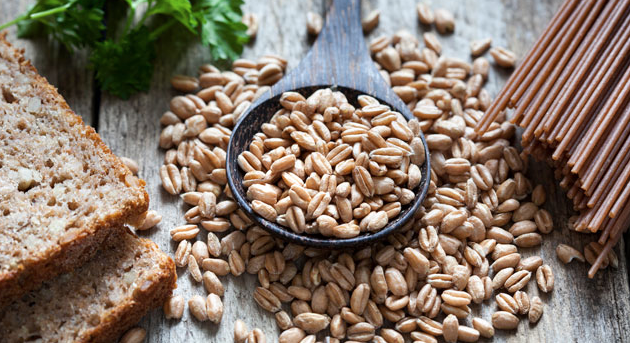 The antioxidant content of whole grains is worthy of note, with research showing the in vitro antioxidant activity of wholegrain foods is on par with, or higher than that of vegetables and fruits. A 2007 study by the Agricultural Research Service of the United States Department of Agriculture ranked foods for their antioxidant capacity. Cereal based foods including ready-to-eat cereals, oats, wholegrain breads and legumes were found to be amongst the highest antioxidant containing foods by ORAC (oxygen radical absorbance capacity) score.
Table 1: ORAC Antioxidant Capacity of Selected Fruits, Vegetables, Grains and Legumes (μmolTE/100g)

As you can see, based on quantities consumed, grain foods provide in some cases higher amounts of antioxidants than most fruits and vegetables. The antioxidant vitamins in grains such as vitamin E and its isomers (tocopherols and tocotrienols) and minerals such as selenium contribute to the antioxidant activity, as phytochemicals like phytates, phenolics, and lignans or alkylresorcinols.

There are also some grain-specific antioxidants, such as oryzonol in rice, avenanthramides in oats and ferulic acid in corn and wheat. Certain other phenolics, phenolic lipids, flavonoids, tocopherols and dietary fibers (e.g. beta-glucan) found in grains are anti-mutagenic and anti-inflammatory. This means they can help prevent cancer.
Choline, betaine and alkylresorcinols (which is particularly abundant in rye) are other important compounds found in wholegrains which play a role in the prevention of cell mutations (cell mistakes) and tumor formation.
Research has shown (and continues to bring to light) the many nutritional and functional components of wholegrain cereals that work alone and/or in synergy to promote good health and help reduce risks of certain types of cancer. I have also included some additional information on boosting antioxidant intakes across the diet below with the fruits and vegetables information.

Popcorn snack
Popcorn is a great source of fibre and provides a big antioxidant boost.
Popcorn should not just be reserved for the movies. It is a great snack food and if you are needing to boost your weight the taste is enhanced with some melted butter and a little salt. Those on a stricter energy budget can enjoy it in the raw state with just a sprinkle of salt for extra flavour.
Ingredients
1/4 cup of raw corn kernals (I prefer the raw style rather than the prepackaged MW popcorn)
Method